The instruction files here are of two types-a photo sequence in a gallery arrangement, and some movie files of parts of that sequence.
The movie files are mostly in two versions- a higher resolution video, and a lower resolution one.

5. Rolling the plait into a bun and tying it-medium-low res 650k file

There are two different files above of the same actions, as the camera battery went flat during the filming, so we started again
and included both versions. They are best looked at in conjunction with the still photos in the gallery link below.
The batteries went flat again before the fifth video, so it has a new background!

Some assorted tail plaits of various types-traditional and newer-from clydesdales seen at Australian shows in the 2005-2010 span: 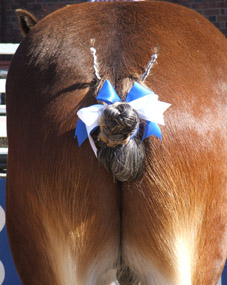 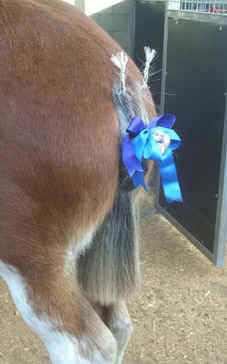 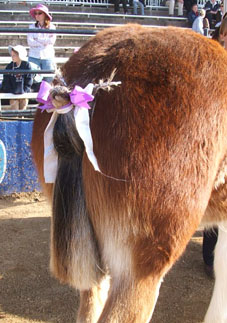 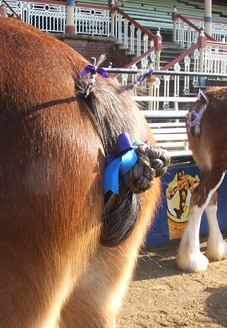 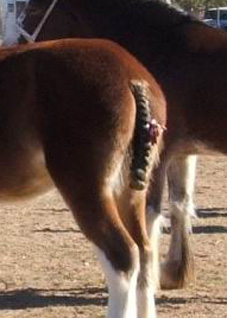 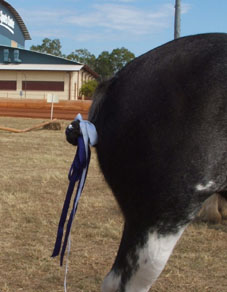 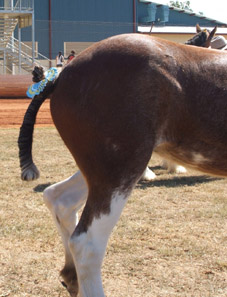 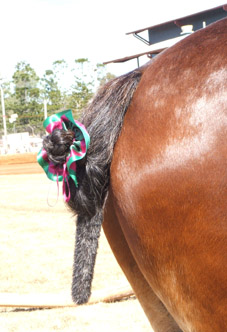 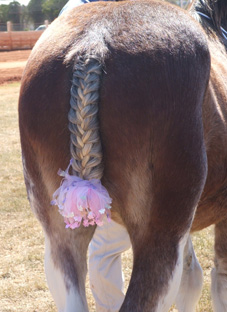 Here's a photo from about 1940, at Brisbane Royal Show, of Bill Evans plaiting Caringal Jessie's tail, which was 'long': 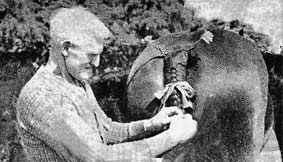 Below is St Helens' Bold Dignity, sired by Worawingeth Dignity, with a 'short' tail, plaited up much the way most in Australia were until about 2005. The photo is taken from the St Helens' stud dispersal catalogue from 1936. 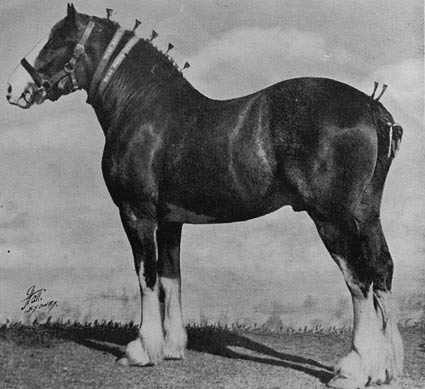 A recent tail at Gatton: 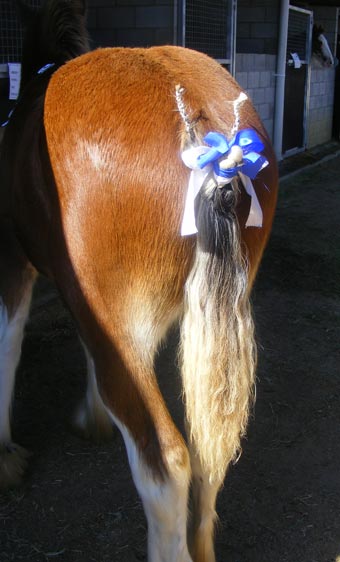